All times are approximate, events are subject to change with or without notice

Time to Be Determined Events 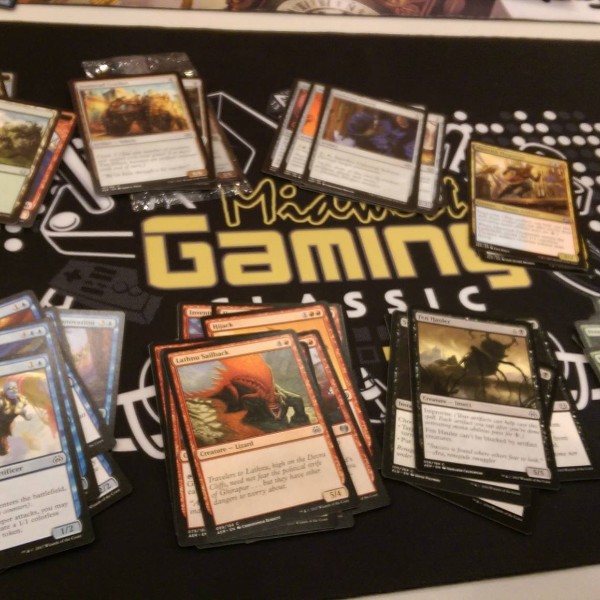 Draft the some of the recent, awesome Magic: The Gathering sets for JUST $5 if you’re a whole session ticket holder, or just $10 if you’re a single session holder! For your money, you’ll get three packs (generally, $12!) to create a 40 card deck with, and then face off against friends and foes alike to prove you’re the best mage around! Both Kaldheim and Zendikar Rising will be available for purchase and play!

Get together and challenge each other on some of the most fun arcade multiplayer games ever devised! With any luck, this will be the first chance for you to check out our brand new MGC Arcade Game Library! 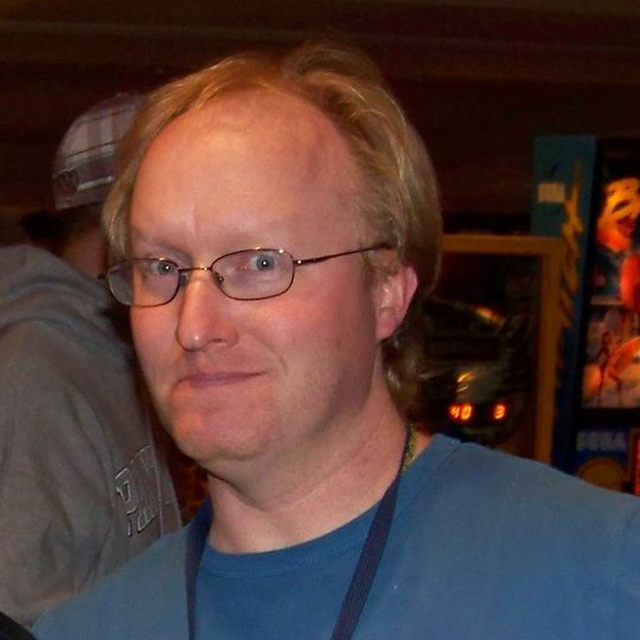 Ben Heck will be there. What else do you need to know? 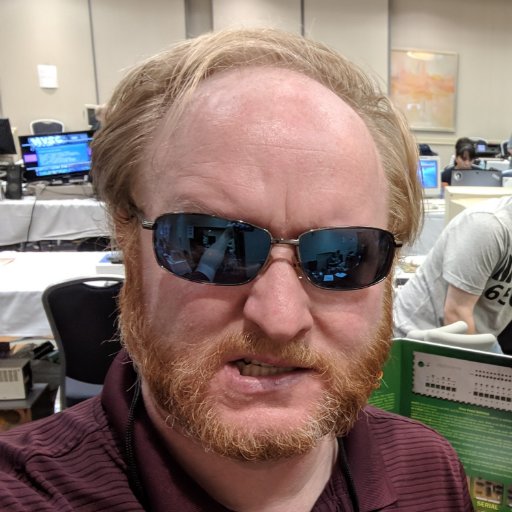 When Ben Heck says “I want to do something…” we say “YES!” What’s his Game-A-Rama all about? Your guess is as good as ours! Knowing his skill and penchant for the unique, this experience can only be what we would call Heck-A fun? Mind-Ben-ding fun? Heck-tacular!? No matter what you call it, you don’t want to miss it!

After a qualifying round of pinball, the top 16 scores face off with an ever-increasing size of balls! 8 players will get knocked out playing Skee-Ball, and then Pop-A-Shot will again trim the field in half to four, with the final four having a wacky physical challenge to see who wins! Winner gets a giant golden yoga ball, while the runner up gets a smaller blue ball. 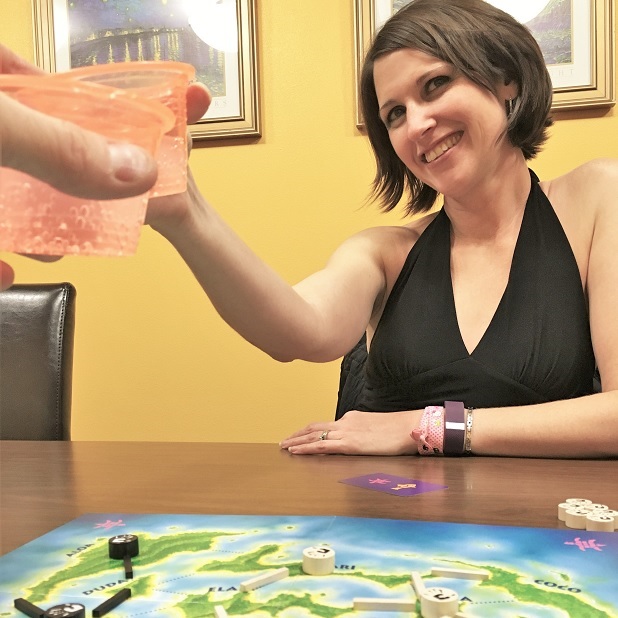 We’re breaking out over 100 great tabletop games that you can borrow and play, including some classics, and some that are a bit NSFMGC, if you catch what we mean! Bring your sense of humor and bust out a game! 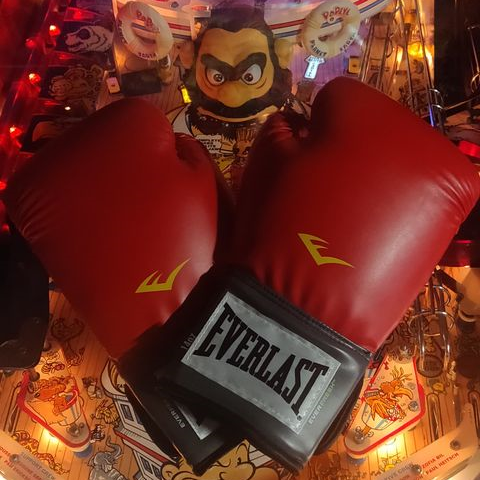 We’re not hitting each other…. except when you wallop your opponent with a roundhouse to their pinball pride. Don the gloves of pugilism to compete on games you are NOT supposed to wear boxing gloves while playing: pinball, arcade video games, Skee Ball and Pop-A-Shot. Sounds difficult? That’s the point. 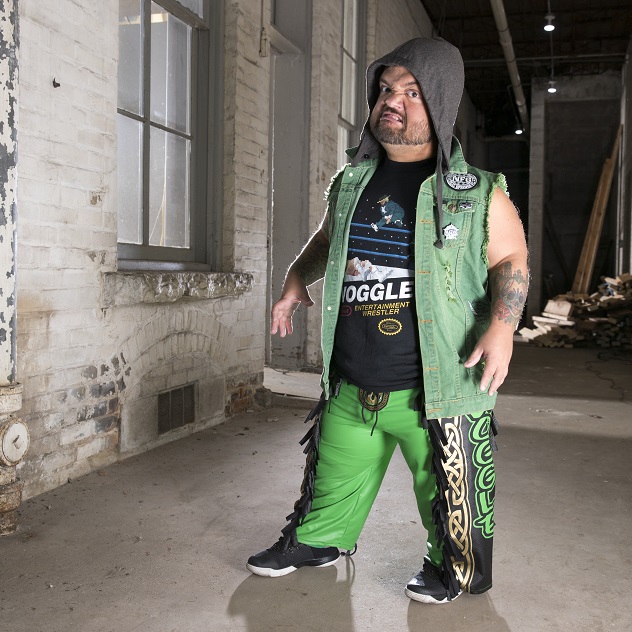 Play Wrestlemania: The Arcade Game with a Wrestlemania performer at Game Nights Lock In! Former WWE Superstar and current ACW Wrestling trainer Dylan “Swoggle” Postl will be joining the party to play some games! Do you got what it takes to defeat the man who competed in a WeeLC match at Extreme Rules in Bust-A-Move or Skee Ball? 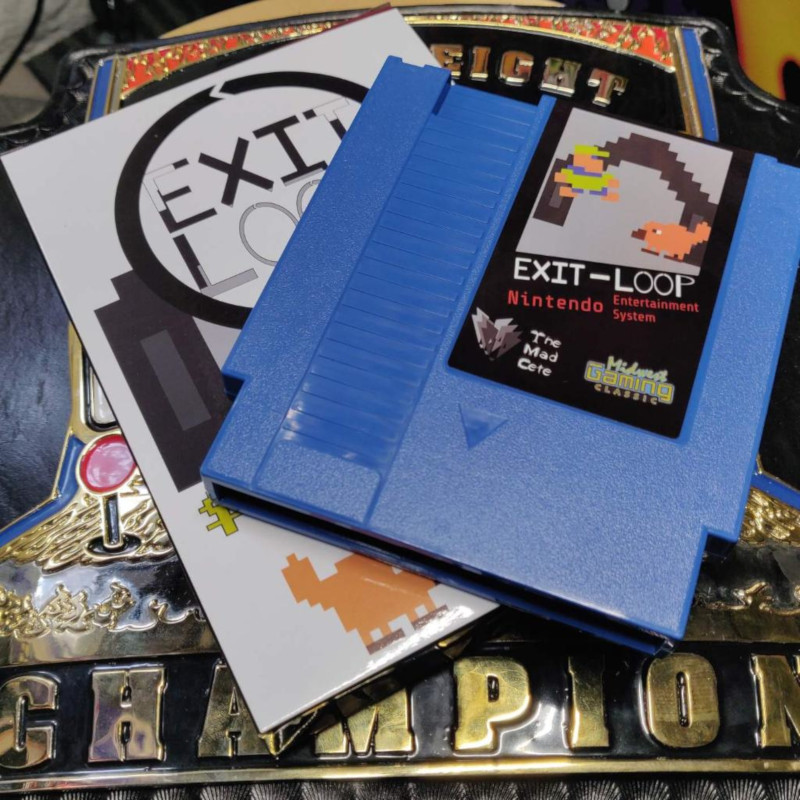 You get one chance to make it to the bottom of this MGC release without dying. ONE. CHANCE. It’s hard. Highest score wins a MGC poster package! 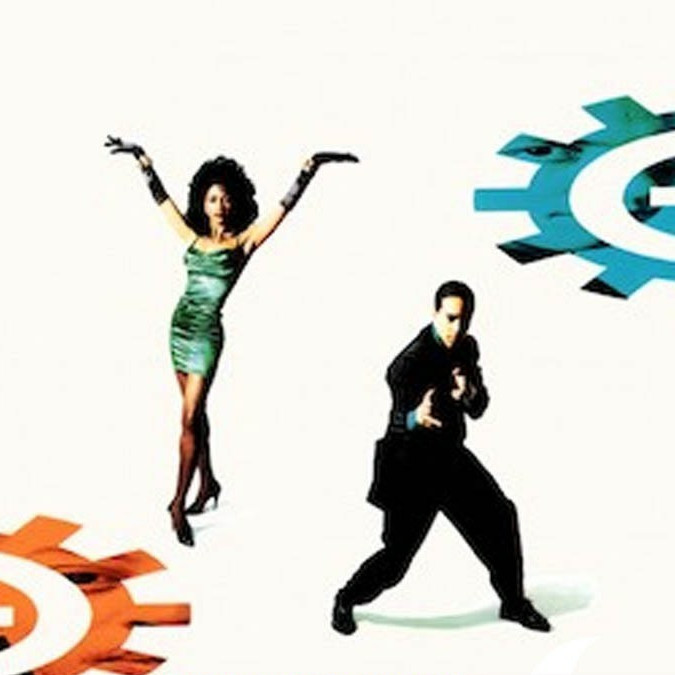 Wait, like the music group? The one that made us move and groove and everybody dance now?!

It’s a head-to-head pinball machine, and who will win! Each round, one will advance and one will get knocked out! Winner receives a soccer ball!

We’ll have TWO of the same machine at the show, and you’ll be asked to start a game of pinball and try to get to a certain goal before the other player does! Can you knock them out in this incredibly fun head-to-head pinball challenge?! 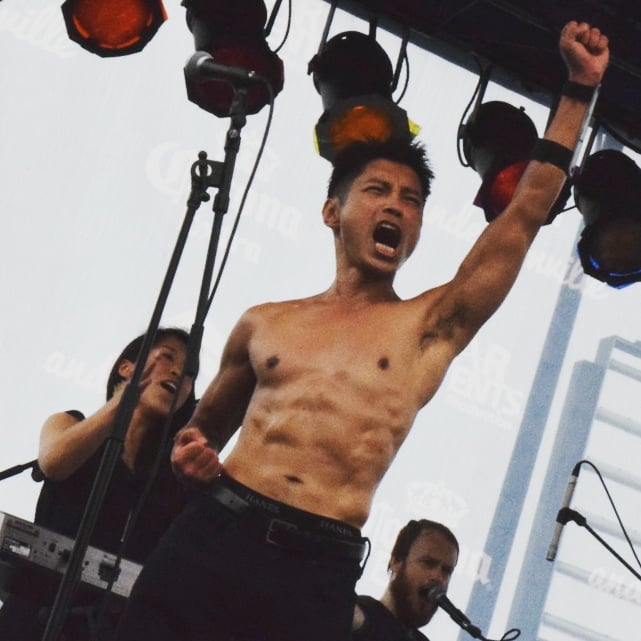 Watch what the actor behind Kung Lao, Anthony Marquez, does when he isn’t ripping out spines and defending the Earthrealm, it turns out he’s the frontman of his own band – Kung Lao and the Scorpions! Mixing Bruce Lee with Jon Bon Jovi, this is going to be an TOASTY show you don’t want to miss! 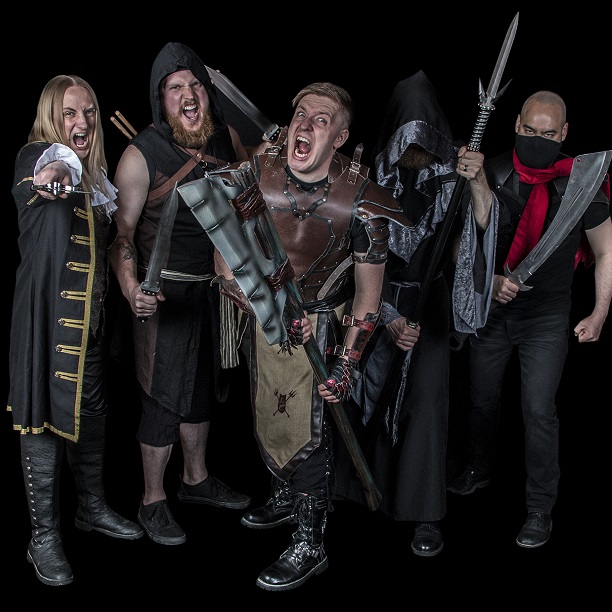 With METAL so pure that only diamonds can scratch it (and even the diamonds get hurt and run away!), Lords of the Trident is here to melt your face with the most incredible metal mix of battle and bloodshed! Seriously, these guys are awesome, and you should check them out at the most metal website on Earth and join them as they make Friday night at Game Nights the most metal night EVAR!

Marco Pinball will be hosting an incredibly fun trivia contest on Friday night that will feature pinball prizes, goodies, and more in between the Speed Connect 4ing and Pop-A-Shot fun that we’ll also be doing!

This experimental video game rock group performs classic NES-era soundtracks alongside LIVE video game playing! At the mercy of their player will be playing the 1986 NES game Metroid, the band provides the soundtrack and effects like a malfunctioning NTSC 60hz sound chip! This is a performance you don’t want to miss!

It’s an 8 player Micro Machines game! Challenge 7 others in this incredibly fun game and see who can make it around the track! Best players move on, and the winner gets a BRAND NEW (HOT WHEELS) CAR!

Dan of the MGC has created a way to play Magic where both players use the same set of old school Magic cards, and you get to play like it’s 1994 all over again… without the crazy power some of those cards can have. Not just is it a really fun format, it’s a great way to learn Magic if you’ve never played before! Our friends at Slypatch Gaming will be on hand to help run this one, and we’ll have some fun prizes for anyone trying their hand at it!

It’s getting cold in here! On Saturday, play with the latest Magic: The Gathering set to use SNOW, Kaldheim! Draft your deck and play it to get out of your pod! If you need help, our friends at Slypatch Gaming will be on hand to help first-time drafters! Winners will get additional packs of Kaldheim to keep!

We’re busting out some of the best 4 (or more!) player games ever created on systems like the N64, GameCube, Dreamcast, 2600, SNES and Playstation! Come and challenge or cooperate with friends new and old to see how you do! 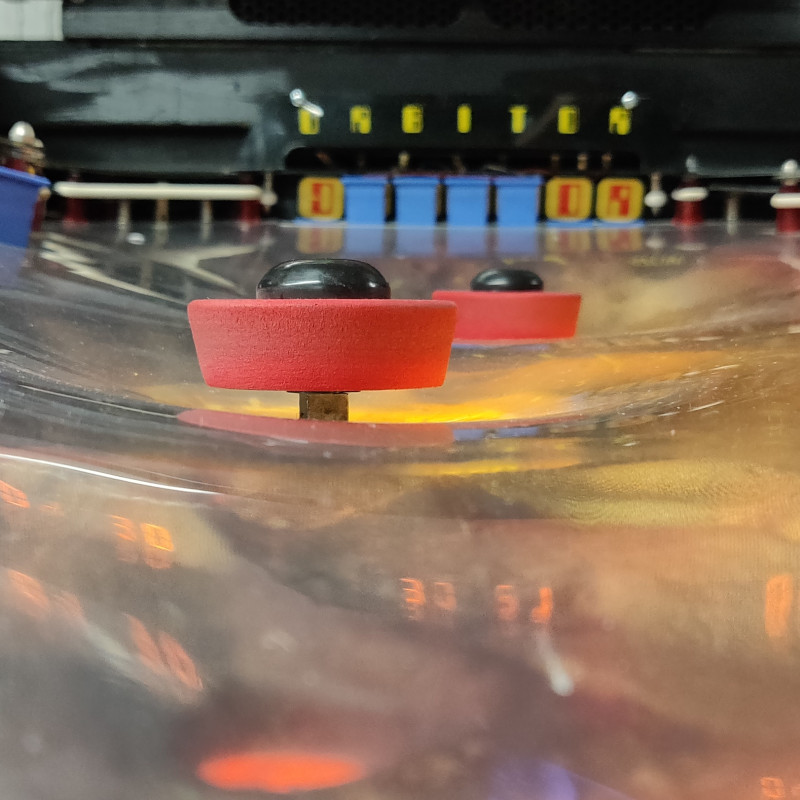 At some point during the day, we’re going to head to the final release from the early days of Stern Pinball, and everyone is going to take a crack at this crazy game! Not sure exactly when this will fit in, but we’ll do it, and the winner will receive a fun planet-like play ball!

Can you play every pinball machine we bring to Game Nights? And score high? Grab a scorecard and some friends and get to work. Winner declared at 10am on Sunday morning and gets a prize TBA, does not need to be present to win! 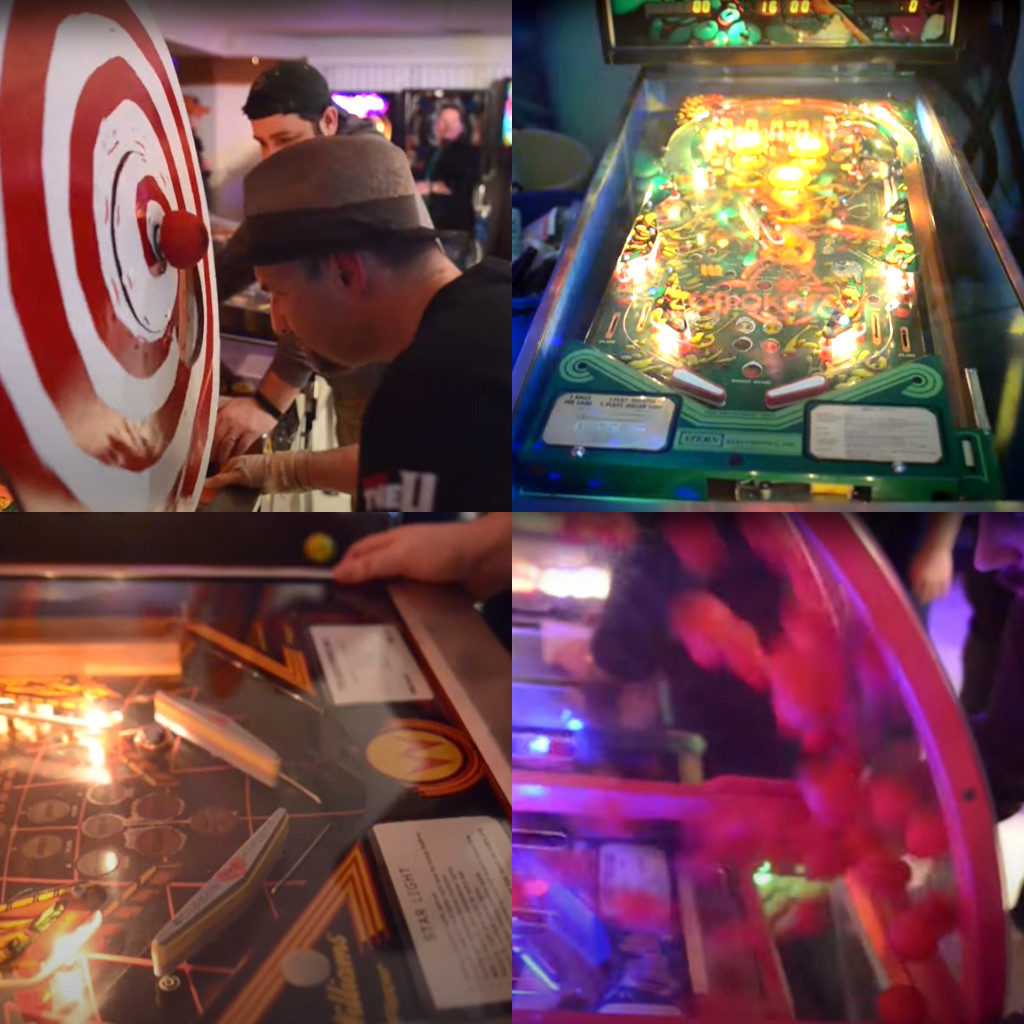 We’re changing up the way you play pinball! With different challenges – like avoiding a certain target or the game will tilt, playing with only one hand, playing with 2/3rd of the playfield obscured, not being able to see the DMD until the end, crazy flippers, and even various weird contraptions, it’s a new challenge every time! You’ll team up with four people, and at 2pm, the top winners in each category will be declared! (And then we’ll put the games back to normal 😉 ) 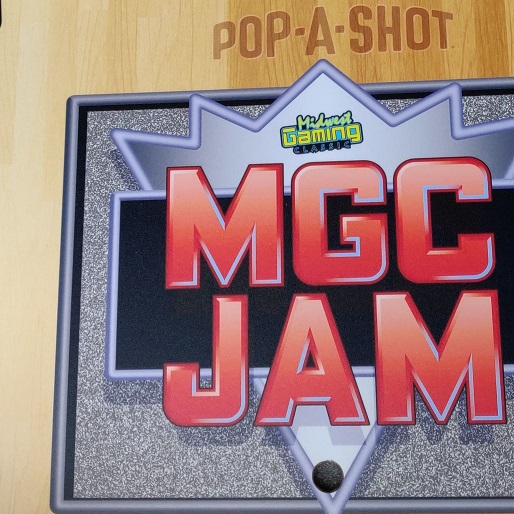 Pops shoots and scores… it’s like a grammar book but in game form! You pop, lock, and drop it in the hoop. It’s like a dance but it’s really just sportsball!

Sign up to face off in a head to head Pop-A-Shot tournament! Each round, one will advance and one will get knocked out! Winners receive special Game Nights stickers and other fun stuff, courtesy of Pop-A-Shot! 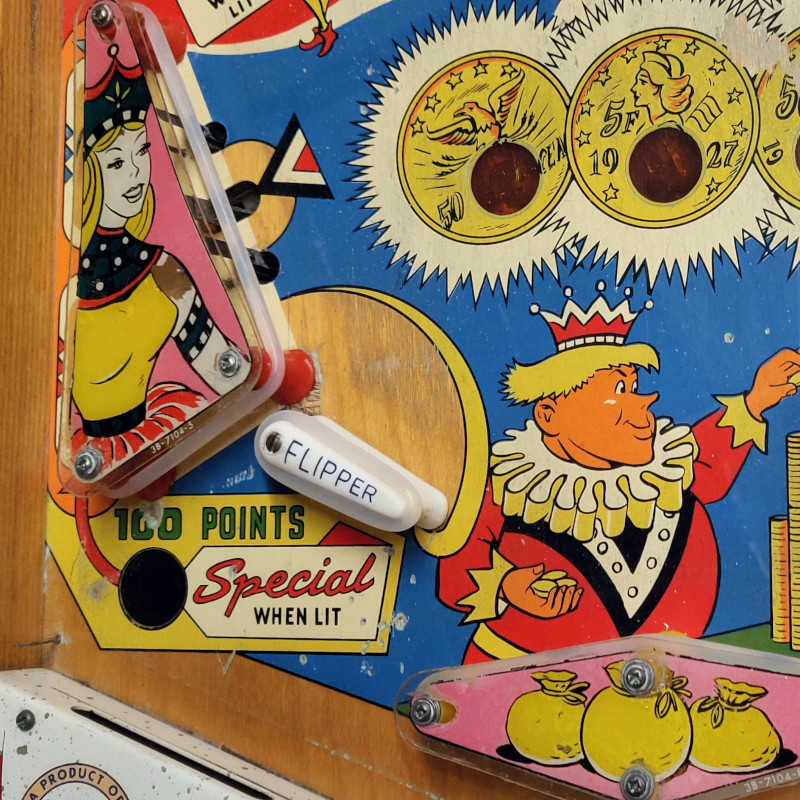 It’s like a classic pinball tournament, but with only our oldest games! Play on all EM (or earlier!) games and see how you stack up! Prize TBA. 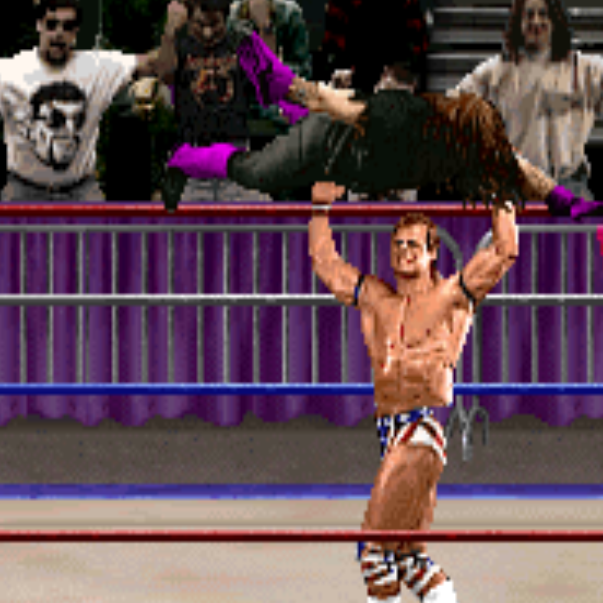 Suplex your buddy’s bragging into a steel cage and then fly off the top rope to claim the title in this crazy multi-game, multi-format tournament led by Dylan “Swoggle” Postl of WWE and ACW fame!

Play Rush 2049’s Stunt mode for high scores! Anyone who wants to play will get to play on stage, with the top players moving on until we crown a Rush 2049 winner! Winner will get a BRAND NEW (HOT WHEELS) CAR!

Instructions 1. Firmly cup the ball in your hand. 2. Thrust the ball toward the hole. 3. Score! 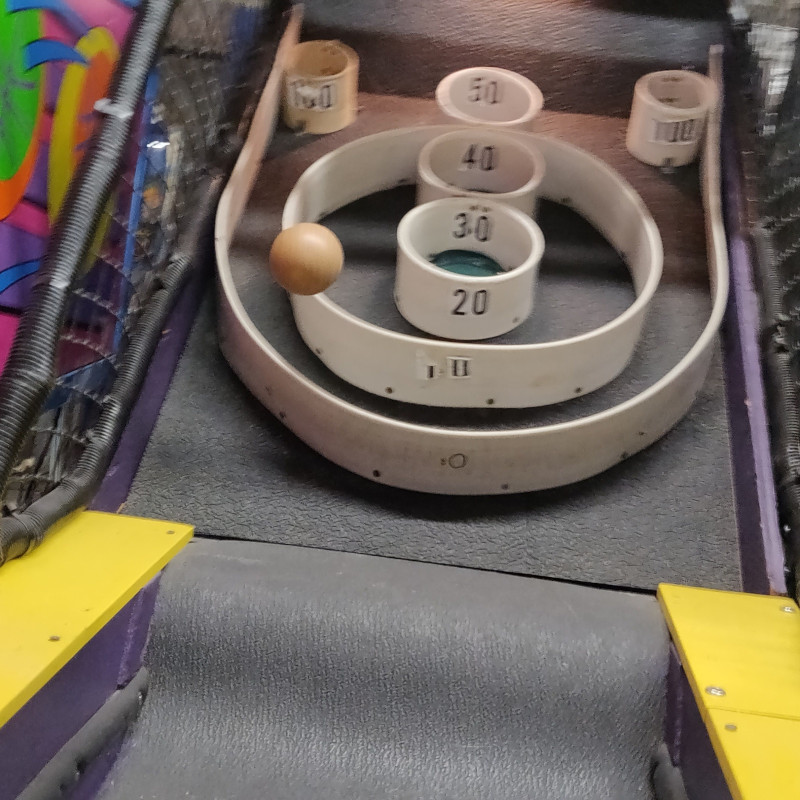 You’ve never played Skee Ball like this! Skee-Ballers will be tasked with different challenges, from rolling backward to rolling with alternating hands, and more!

We’ve got a giant connect four, and you’ll play it on stage… with only 5 seconds in between each move to drop your piece in or your opponent gets to go! It’s high speed connecting with all the pressure on! Prize TBA. 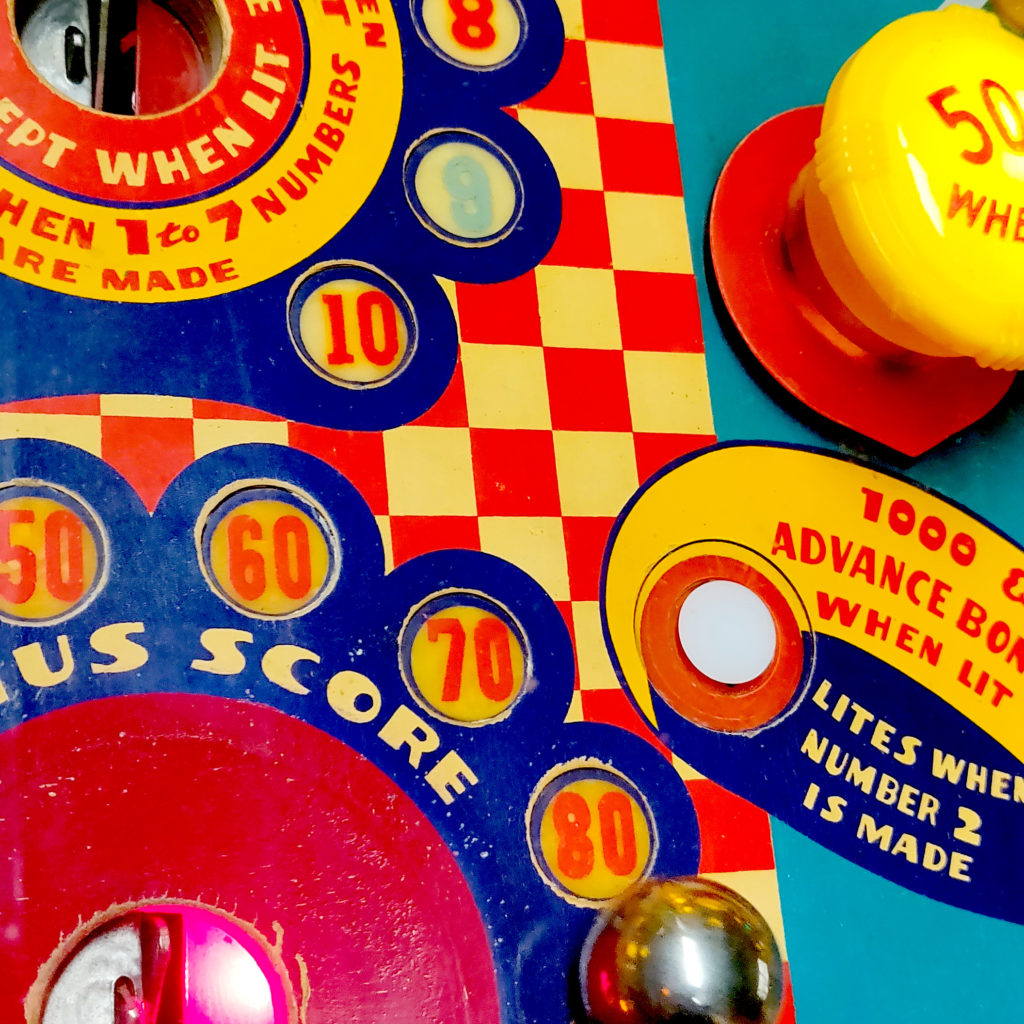 Take a spin at the Speed Way and win a BRAND NEW (HOT WHEELS) CAR! How high can your score go on this crazy 1948 pinball? Chances are, you’ve never played one like this!

In Spot It!, use your observation skills and reflexes to quickly make your move! It’s easy to pick up and play, and we’ll be giving away copies to some players throughout the night(s)! And yes, we’ll even have a drinking variation of the game you can partake in! 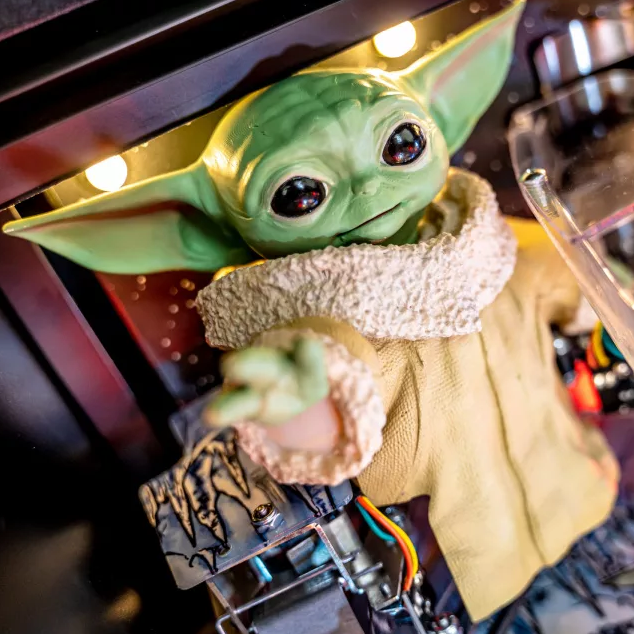 You’ve seen the show, now play the pin! This is the way! >Seriously, who doesn’t want to be a galactic bounty hunter in any way, shape or form. Well, here’s a brand new way to do just that. Stern hit hyperspace and is planning to have a Premium preview to the show via Kingpin Games. Be ahead of the pack and claim your bounty hunting accolades by being one of the first to play this brand new pinball based on the wildly successful Mandalorian show on Disney+. 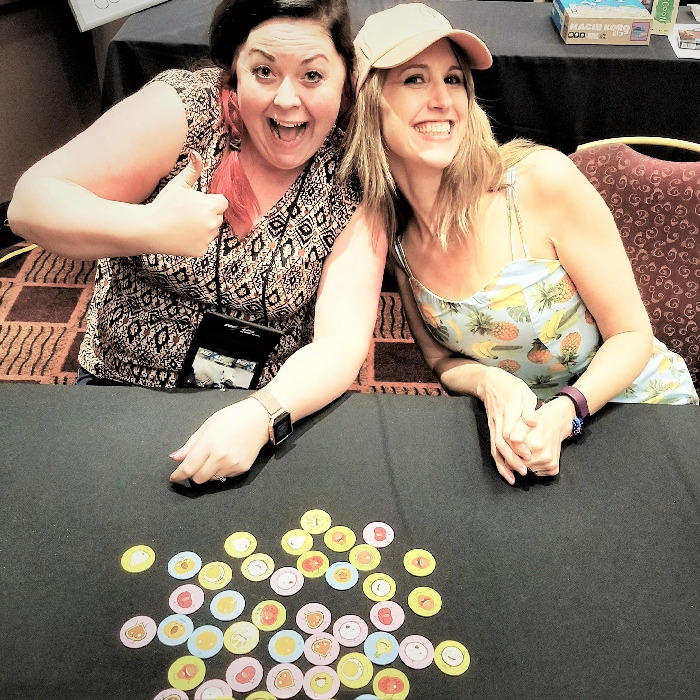 Find your imperfect match in this game of fresh fruit and bruised egos. Get your hands on some plump plums or find that perfect set of melons. Clap together some coconuts, or split some peaches. Things get juicy in this frenetic fruit-flavored fun-filled game. If you get lucky, you might handle the largest stack that scores the win.

Are YOU a Werewolf? In this game of deception, you are secretly assigned roles and try to figure out who the Werewolfs are during the day before they eat all the other players (Villagers) at night! Who will YOU be? We used to have EPIC games of this at the Sheraton, so we can’t wait for it to return!